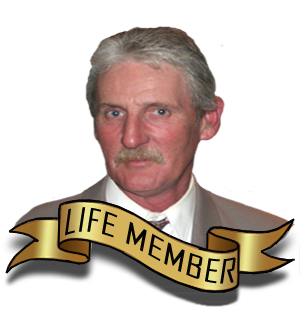 To start, I would like to fill you in with a bit of background on myself, my fishing and related involvements over the years.

I have been recognised within the recreational fishing industry as one of the country’s true innovators of fishing tackle, a light line stand-up game fishing expert and a champion angler.

Like a lot of kids in my neighbourhood, I began fishing in the River Torrens in Adelaide for carp and redfin, but this only encouraged me to really do more. So through most of my teen years I persuade different species of fish and tried different types of fishing that I sow as achievable for me at my age. I tried Jetty ,surf and even rock fishing but I still needed to know and learn more, if I was going to get truly serious about it all but it was not till during my four year of my apprenticeship as a Motor Bike Mechanic, I finally had the means to pursue fishing more as now it had become a passion in my life and so I decided to join the local Henley and Grange Angling Club.

My thoughts were that this move would exposé me to some better fishing and give me access to more experienced people with the same fishing passion I had.

This club was affiliated with the Australian Angler’s Association and I had always done well was quite successful in that system. It was a great learning ground for any youngster, especially with the competitive type of fishing and experienced people around you who were willing to share not just the basics of fishing, but their hard-earned knowledge. These guys were super competitive, and you either learned quickly from them or got left behind.

This type of fishing really taught  me how to target and hunt fish species. I competed in many of the AAA events over the years and managed to finish in the top three in that club’s annual point scoring system most years.

I was selected several times to represent that club when it competed in the State titles which were held every year. The highest honour at that time for me was being selected in the State squad to fish in the AAA National Championship Titles, in W.A.