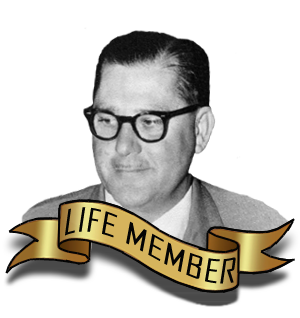 In 1936, Mr. J.L. (Jack) Arthur, fishing at Rapid Bay, caught a Southern Bluefin Tuna on rod and reel using a red and white feather lure. The Bluefin were known as “skipjack”, “blackfish” or “bonito” and were not fished for commercially. Jack took the fish to the Museum authorities, packed in ice, and it was then sent to Melbourne where Dr. McCoy identified it as a new species - Thunnus Thynnus Maccoyii.

Following this  exciting catch, a number of angling friends including Jack Arthur, Les Hannan,  Joe Vardon, Bert Johnson and Jim Veitch had a meeting at the SA Rowing Club premises on the banks of the Torrens and decided to form a Game Fishing Club.

The first official meeting was held at Jack Arthur’s home on the 16th of September 1937. The Chief Inspector of Fisheries, Frank Moorhouse, was appointed the first president, with J.L. Arthur as Chairman, J. Vardon as Vice Chairman and H.F. Johnson as Secretary.

At a meeting on the 18th October 1937, Mr. Hannon reported that “the ex-lighthouse keeper of Cape Willoughby had advised of the existence of swordfish in that quarter.” Now, 43 years later we are still waiting to record the first  broadbill swordfish on rod and reel (although several have been harpooned and netted in our waters), but it should be noted that Cape Willoughby is not far from the tuna area south of Kangaroo Island  referred to later in this article.

From the inception of the Club, members enjoyed excellent tuna fishing on 6 and 12 thread lines. Before the introduction of poundage line classes, lines were categorised by the number of cords of 50 leas linen. The wet breaking strain was adjudged at 3 pounds per cord and the dry strength at 2 pounds - thus a 6 thread (or cord) line would now be in the 22lb or 10kg line category - but there is little comparison between nylon and linen   fishing lines or cane and fibreglass rods!