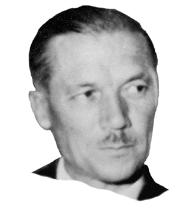 Jim Cowell was one of the early members of the Game Fishing Club and was elected to be the president from 1939-1942, however, the Club’s activities were suspended during the war.

He was also awarded life membership on the 28th September 1956 of the Game Fishing Club of S.A.

Jim was an engineer and experimented in the early days with the making of greenhead flat rods with which he had remarkable success.

He also made the first circular platform to attach to the stern of a commercial fishing boat and designed an ordinary tractor seat with a rubber insert as a game chair.

Jim also made his own shark hooks and other parts of his equipment and caught many Sharks as seen later in this article.